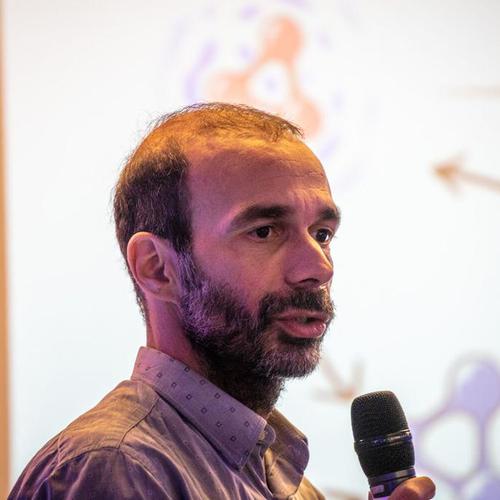 The Years of the Graph: The Future of the Future is here

Categories covered by this talk

What is graph all about, and why should you care? Graphs come in many shapes and forms, and can be used for different applications: Graph Analytics, Graph AI, Knowledge Graphs, and Graph Databases.

Up until the beginning of the 2010s, the world was mostly running on spreadsheets and relational databases. To a large extent, it still does. But the NoSQL wave of databases has largely succeeded in instilling the “best tool for the job” mindset.

After relational, key-value, document, and columnar, the latest link in this evolutionary proliferation of data structures is graph. Graph analytics, Graph AI, Knowledge Graphs and Graph Databases have been making waves, included in hype cycles for the last couple of years.

The eponymous article that set the tone was published in January 2018 on ZDNet by domain expert George Anadiotis. George has been working with, and keeping an eye on, all things Graph since the early 2000s. He was one of the first to note the continuing rise of Graph Databases, and to bring this technology in front of a mainstream audience.

The Year of the Graph has been going strong since 2018. In August 2018, Gartner started including Graph in its hype cycles. Ever since, Graph has been riding the upward slope of the Hype Cycle.

The need for knowledge on these technologies is constantly growing. To respond to that need, the Year of the Graph newsletter was released in April 2018. In addition, a constant flow of graph-related news and resources is being shared on social media.

To help people make educated choices, the Year of the Graph Database Report was released. The report has been hailed as the most comprehensive of its kind in the market, consistently helping people choose the most appropriate solution for their use case since 2018.

The report, articles, news stream, and the newsletter have been reaching thousands of people, helping them understand and navigate this landscape. We’ll talk about the Year of the Graph, the different shapes, forms, and applications for graphs, the latest news and trends, and wrap up with an ask me anything session.

George Anadiotis has got Tech, Data and Media, and he's not afraid to use them. Coming from an IT background, he's had the chance to learn to play many instruments on the way to becoming a one man band and an orchestrator.

Your logo could go here!

If you'd like to get your brand in front of attendees contact us.
We use cookies This website (and some of its third-party tools) use cookies. These are important as they allow us to deliver an exceptional experience whilst browsing the site. Learn more about our cookie policy. By closing this banner, scrolling, clicking a link or continuing to browse, you agree to the use of cookies. Accept
I need help
No I need help
No I need help